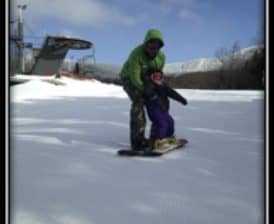 A Veteran’s Perspective of His Internship with Vermont Adaptive

Five months into my second deployment to Kunar Provence, Afghanistan (Aug. 2011) my unit was in a direct engagement with Taliban fighters. During this fight I was in close contact to a blast that caused a cervical spine injury and a TBI. I had the opportunity to be sent home but decided to stay in country with my guys to do my part to bring them back home. Once I returned back home I attempted to recover and heal to be able to deploy again in the following year. My injuries were worse than I had thought and were irreversible. During this recovery process, I had to except the fact that I could no longer be a Soldier. I fell into a rut and had lost the sense of purpose and pride that I once had for myself.

In February 2015 I was medically retired from the US Army and sent on my way, without really knowing what the future held for me. Since then I have been in a state of struggle trying to find my new path and purpose in life. I did not have much trust in the VA system and was warry about what their intentions may be. The following fall I was linked up with a fellow paratrooper turned VA employee (Josh G.). He informed me of this program that supported Veterans with disabilities (Vermont Adaptive) that allowed them to go skiing/snowboarding on Thursdays at Bolton Valley. Moving to Vermont for their winter sports and growing up with a passion for snowboarding, I took advantage of this opportunity in hopes to regain the passion I once had. That first season we did not have the best winter but I was able to get up on the slopes about ten times.  Then that summer I went on a few hikes, kayaked, bowled and grew a bond to this wonderful program.

This winter I attended the Veteran retreat in Killington, and during that time, I felt like I had to be a part of this program and give back to it what I had thought it had given to me. Not knowing that I would benefit immensely on a spiritual, physical and emotional level. Kelly Walsh, the program coordinator for Bolton Valley allowed me to become an intern with Vermont Adaptive this winter. By her doing this and seeing something in me that I had thought I had lost was the start to the best winter of my life.

One of my first lessons was with this boy who has minimal verbal communications, and uses mostly hand signals to communicate. His mother informed me that he really wanted to go up one of the chair lifts, sinse he had never been up one before. We started on Mighty Mite, the tow rope to assess his abilities, and within a few runs it was clear he had the balance and ability to go up the lift and be tethered down the slopes. That first run I took with this young, brave boy softened the hard shell that I had put up around my heart. The smile that he had on his face as he glided down the mountain was unforgettable and something that I will cherish for the rest of my life. 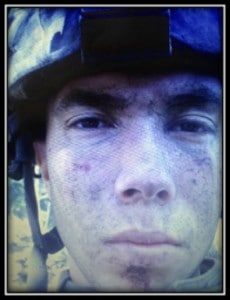 Then each day after each I felt this passion growing inside. Each athlete that I worked with has a special spot in my heart and I have a special memory of how they have helped improve my life for the better. These athletes that I have worked with are strong and brave, and the joy that I can see that they get as they improve their abilities has helped me so, so much.

The interns and volunteers in this program have been wonderful to watch and work with. The passion that they have, the time that they give, the challenges they face, have been so inspirational to watch and motivate me each time to do better. There is one Vietnam Veteran who I’ve looked at this season as a mentor.  We have had some deep talks and he and his wife have helped me look toward the future. I am grateful for the talks and guidance that he has given me.

Lastly, I was honored to be able to work with one of the strongest, most dedicated people that I have ever met, Kelly Walsh.  Kelly runs the program flawlessly, with a smile on her face. As every athlete walks through the door, Kelly is cheerful and welcoming to them. It is inspiring to see the dedication one can have to helping others. 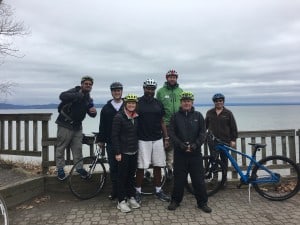 I am so grateful for the opportunity that Vermont Adaptive, the staff, interns, volunteers, and athletes have allowed me to be a part of. This winter has forever changed who I am for the better, as a person and father. I am looking forward to my continue work with Vermont Adaptive this summer and hope to continue to do wonderful things.