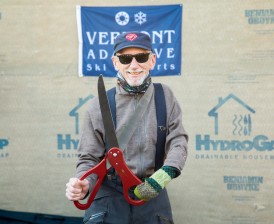 How Murphy’s Annex at Vermont Adaptive-Sugarbush’s Mt. Ellen Got Its Name

When Mike Murphy returned to his home mountain of Sugarbush Resort in 2008 to celebrate the resort’s 50th anniversary, a simple four-day trip turned into a four-week stay—and then some. When he was younger, Mike grew up at Sugarbush while his dad maintained the role of general manager. His deep roots with Sugarbush intertwine with Vermont Adaptive’s history and the organization’s migration to the Valley.

As an amputee due to a motorcycle accident in 1977, Mike went on to not only teach himself to ski but to also ski for the U.S. Team at the 1982 World Championships, earning a silver medal in Slalom in Switzerland. “When I returned back East, I ended up at Ascutney Mountain to hang out with the folks down there, met some people and became more involved in Vermont Adaptive. We talked about getting something started at Sugarbush.”

Mike approached members of the Sugarbush management team to see if they would be interested in bringing an adaptive ski program to the mountain. He went on to find volunteers, help get the word out and be a liaison between Vermont Adaptive and the resort. Eventually a program coordinator was hired and the program was sound enough that Mike stepped back. And Vermont Adaptive officially had its second winter home in Vermont – at Sugarbush Resort – in 1991.

We thank Mike and his family for their connection to the community and their love for the mountains, and for believing that every BODY can play right here in the Mad River Valley.

To learn more about Murphy’s Annex at Vermont Adaptive or to donate to the provide, read on here. 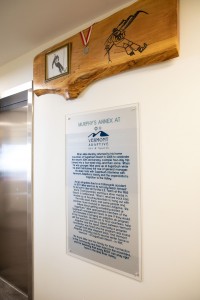 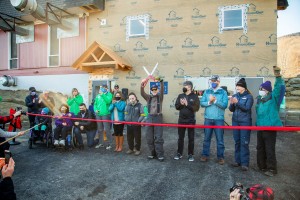